Hey guys as we suspected last week it seems that Google is rolling out it’s long awaiting Penguin 4.0 algorithm update. I was going to write a post last week that we suspected it was live as we were seeing lots of ranking shifts in the UK but it was Friday and Star Wars was calling so sorry I didn’t get chance.

Lots of twitter activity would say that Google has launched or is testing the latest incarnation of the Arctic eagle’s link attack algorithm.

Cognitive SEO said ‘Google Penguin 4.0 ( the real-time update) might have been started!’

What does Google Penguin 4.0 mean for webmasters & SEOs?

Finally if you’ve been waiting for a Penguin refresh to update all the hard work you’ve put in to remove poor quality links that attractive negative attention from the Penguin 3.0 update then you’re hopefully going to see your efforts paying off and any link based penalties being lifted.

If you’ve ignore what Google has been telling you for years about not spamming and continued to spam then get ready as you’re probably about to see shifts in your organic rankings.

Help my site was affected by Google Penguin 4.0 update

The good news is even if you have seen a downward ranking in the latest Google Penguin update then you should in theory be able to recover from this just as quickly as you got the penalty.

Google Penguin 4.0 will be real time

As confirmed by many official sources at Google the latest Penguin 4.0 update will be realtime. Barry Swartz at search engine land has a great post on it here.

I am curious to see what will happen with sites that continue to abuse link building over the next year and use the churn em and burn em method to SEO. Will this mean as long as they don’t get a manual action then can simple disavow or remove spammy links and then recover? It’s an interesting thought however.

Skelian Chiropractic Clinic Cheltenham
15:38 19 Dec 18
Cannot recommend Tom at SEO21 enough! Personable and very hard working. SEO21 came highly recommendation to us, we have not been disappointed. Easy to contact, knowledgeable, friendly, efficient and always willing to help... what more could you want?!! If you need someone to help with your SEO this is the Team to contact.

Paul Blakey
10:56 01 Mar 17
SEO21 has transformed how our business generates new business leads via the internet. Getting traffic and first page rankings is one thing but Tom and his team identified key areas in how our site could be improved to convert better in to call to actions. Their knowledge has been invaluable in pushing our business forward. If you need to get more out of your website speak to SEO21. 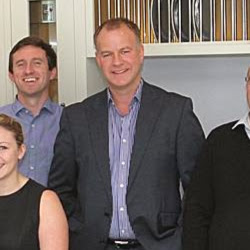 stewart bruce
11:53 19 Dec 16
I just wanted to drop a short line to let you know how happy I am with your handling of my SEO campaign. I have been in business over 15 years and it is rare that you find someone with your passion and diligence in their work. In the past I had been unfortunate enough to engage larger and more expensive SEO companies, who frankly had done very little for their fee and it was with your assistance that we managed to overcome their short comings. Thank you for your assistance and keep up the good work.

Jasper Hulscher
11:30 21 Nov 15
I cannot recommend these guys highly enough. Under promising and over delivering, time and time again. Our web traffic has tripled in the time we have used them. Highly recommend. J.Hulscher Clinic Director Milton Chiropractic Clinic
See All Reviews